Pizza or Something Better at the Airport?

While traveling recently, I was sitting at the airport waiting for my flight.  I had gotten there a little bit earlier than I usually like too (but at least not late!) and I had a great seat by one of the few coveted charging stations.  Someone on the other side of the charging station got up and left, leaving two slots open.  This lady with crazy red hair flying in all directions rushed up the second they left and set a pizza box on the seat next to me. She then turned to me "Can you watch my pizza while I go get my bags?"  I was a little confused by this request, in my head I was wondering who on earth would want to steal and eat her half eaten pizza??  Being nicer than this though, I told her I would watch it.  She was gone for a few minutes, then returned to charge her accessories and finish her pizza.


After being asked to watch that particular pizza, I started noticing how many other people had huge pizza boxes that they were consuming for dinner at the airport, not only that but huge bags of fast food also seemed like a favorite.  Did they think this was their only option?  Had they not planned in advance to avoid this nightmare of a meal?  I'm talking whole pizzas for these people, that were climbing on a five hour flight.  Once we got on the plane, the two people next to me also each had their own pizza!


This got me thinking about travel tips and ways to avoid turning to an entire pizza as your only option!  I travel enough for work, pleasure, family, etc, that I am always prepared.  I never go to the airport without a bag full of food to pick from.  At least that way I make better choices at the airport if I do want to purchase something.  Here are some suggestions to make your next time traveling a more healthy experience!

What are your favorite snacks to take while traveling?  Does your airport have a great healthy option?  Share in the comment section below!  If you like the blog, join it!  Become a follower on the right hand side under the twitter feed.  Also, follow me on twitter, facebook, or pinterest by clicking the buttons on the right.  Thanks for reading, have a great weekend!!
Posted by Jenna Stephens, MDA, RD

Jenna Stephens, MDA, RD
I am a registered dietitian with a passion for food, nutrition, and healthy living. 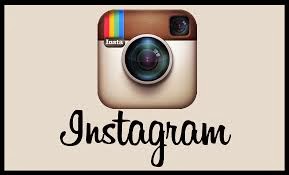 Find us on Tumblr.